The Olympics and its logistics legacy 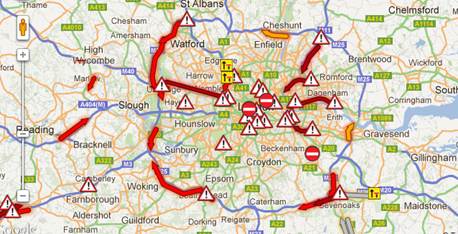 Tim Fawkes, Business Development Director of 3t logistics (www.3t-europe.com), one of the UK’s leading transport management companies ,explains how 3t  worked with its clients to help them prepare for the Olympic period, ensuring that customer service levels were maintained throughout the Games

Defying all the gloomy predictions of chaos and disorganisation, the London Olympics and Paralympics have been widely acknowledged as the most successful Games ever. Seven years of meticulous planning and preparation paid off, resulting in an event which, despite its massive scale, ran surprisingly smoothly for visitors, competitors and organisers.

One of the unique features of this Olympics was the concept of legacy which ran throughout: the idea that the events of summer 2012 should have a lasting impact on the future. Moreover, the effect of this legacy should not be defined purely in sporting terms; it is designed to be applied more widely than that; redefining concepts of citizenship and stirring aspirations – even impacting on practice in commerce and  industry.

So, what can the logistics industry learn from the way that the Olympics and Paralympics – probably the greatest logistical exercise that there is – were carried out?

Three of the most important elements of any successful logistics operation are planning, communication and flexibility. Those affected by 2012 who successfully managed their transport operations throughout the summer’s events will inevitably have made these three elements the core of their practice.

Whilst events such as football and sailing took place at sites around the UK, inevitably it was London that drew the largest crowds – and provided the greatest case for concern prior to the Games. With 9 venues in the Olympic Park and 13 in the Greater London area, most of the events were centred within a relatively small radius in an already a congested city, and so traffic management was always going to be made a high priority.

The Olympic Route Network (ORN), designed to prevent gridlock, received criticism from some quarters, but proved successful in transporting athletes, officials and Olympic workers without impacting significantly on other routes around the capital. However, with the removal of parking and loading bays, temporary banned turns and 33% of the ORN completely closed off from 6am-12pm; the system had the potential to be a major inconvenience if organisations failed to carry out their research and make alternative arrangements. All the necessary information was placed in the public domain well prior to the Games and so all affected organisations should have made it their business to find out how its operation would affect them. Those who failed to do so may have been caught out – learning an important lesson which can be applied to logistics in general.

As a 4PL, we raised the issue of the Olympics well ahead of time with all of our clients, strongly advising that they speak to their own customers to ascertain exactly how the Olympics and Paralympics would affect their organisation and their delivery/supply needs. We also advised that this conversation should include suggestions for solutions to anticipated problems, determining where and how some flexibility could be built into usual practice. Using that information, our clients were then able to create an effective transport plan based on their customer’s needs. This plan was then shared with all those affected; both staff and customers. This ensured that everyone was aware of what was going to happen during the period, minimising the likelihood of any unpleasant surprises or unforeseen problems.

Fortunately, both LOCOG and Transport for London (TFL) took the task of communicating with the public and industry very seriously, realising that this was key to minimising disruption. The TFL website had useful advice for public and freight transport which included daily online congestion maps and also released postcode data designed to be used with freight operators’ routing software. The TFL Freight Journey Planner was able to calculate the best routes, taking into account vehicle size, time and date, any physical restrictions and any road restrictions. It also showed the nearest legal on street loading areas. The LOCOG contribution included detailed traffic maps and parking information for all Olympic venues including postcode maps, venue listings and events information.

Whilst this amount of information isn’t always readily available, technology does give us access to more information than ever before, including real time data. An efficient logistics operation will always be well informed – ensuring that any relevant information is then communicated to the appropriate personnel. Furthermore, the principle mentioned earlier of speaking regularly to customers, finding out what suits them and creating an appropriate solution is applicable at any time. Good communication is critical to forming a successful professional relationship with both customers and suppliers.

3t nominated an internal “Olympic champion” to communicate daily internally and with our clients.  Ewan Sinclair one of our more experienced members of the planning team was given this task.  Ewan setup a daily email newsletter to all staff and clients customer service operations indicating the daily traffic issues around the key Olympic hotspots.  Ewan collated the data from the various internet information sites and highlighted the main congestion issues.  Our transport planners were then able to intercept potential issues with carriers and manage the clients customers before a delivery issue occurred.  From our experience we know that an issue is ten times worse if it’s not communicated effectively.

The companies who had done their homework also realised the importance of flexibility during the Games, many adopting different practices to the norm. Route and parking restrictions all forced forward looking hauliers to re-think their practices. For example, after consultation with their customers, many hauliers decided to offer more night time and out of hours deliveries.  Again, planning was an important part of this solution as deliveries at anti-social hours necessitate certain compliances. Companies were required to apply well in advance for temporary changes to their operator licences to enable out of hours deliveries and/or to increase the number of vehicles authorised, as well as applying for permits or special routing exemptions. Furthermore, companies needed to ensure that they had put procedures in place to minimise noise and disruption to any nearby residents.

Whilst many local authorities do have restrictions on out of hours delivery currently in place, with the practice becoming more commonplace (and acceptable) during the Olympics, the industry may well be encouraged to lobby for adopting this practice more in the future. If carried out correctly, it has much to recommend it, including speeding up delivery times and reducing traffic congestion.

Prior to the Olympics 3t used our clients customer service teams to contact customers within the M25 to explain the potential effects of the Olympics.  Several customers responded and we agreed to change to night deliveries to compensate.  The larget customers accepting full trucks to a set timed delivery.  We ensured that our carriers could complete these delvieries in the early hours to reduce cost.  Other customers ordered twice their volume prior to the Games to reduce transport during the Games.

There’s no doubt that the Olympics and Paralympics created a rare and fantastic feeling of national pride and togetherness. This concept of sharing and working together was one that was key to the most successful logistics operations. With empty running and poor vehicle utilisation common problems in the industry, consolidating deliveries where possible to facilitate less frequent deliveries was a highly successful strategy – and one which could survive well past summer 2012. Companies who collaborated to share deliveries played an important part in reducing both costs and congestion, optimising the resources available to them. In keeping with the scenes of sportsmanship that we saw during the Games, many companies operated a system of  ‘horizontal collaboration’, where organisations, many of them retailers, worked with with competitors to organise single deliveries to a specific location instead of receiving individual deliveries at differing times.

During the Olympics 3t extended their collaboration with a large groupage carrier in the South East (Lenham Storage) who responded to the flexibility by changing the working hours of the drivers during this period, grouping customer deliveries together to deliver during the night/ early morning into the main affected areas.

Initiatives such as horizontal collaboration also helped to address the issue of sustainability which was also a major target for the Games in all areas from recycling through to transport.  Transport companies were urged to adopt the concepts of the four Rs: Reduce, Reroute, Retime and Revise and apply them to their operations. However, these are principles that could- and should – apply to transport operations at any time.

REROUTE – identify traffic hotspots and plan your route around them. This may involve using different depots or suppliers.

REVISE – look at the range of delivery modes available, including the use of a driver’s mate to minimise parking times, or using secure drop boxes for smaller items.

People tend to be creatures of habit: if we find a system that works, we will probably stick to it. However, events such as the Olympics and Paralympics which challenge the way that we do things, can help us to take a fresh look at our practice and come up with new solutions. By applying the principles of good practice, and learning lessons from what works (and what doesn’t), we may find a better way of doing things – and that would be a worthwhile legacy for the logistics industry.